This page reports some results obtained with bambu v0.9.2 executed on a Intel(R) Core(TM) i7-3840QM CPU @ 2.80GHz with Ubuntu 13.10-64bit and using GCC version 4.7.
In particular, It collects results on 72 single precision libm functions with respect two different target devices. For each function, two different implementations are considered. The first one tagged with the flopoco label is obtained performing the high-level synthesis using the FloPoCo generated cores while the second one, labeled with soft-float, is obtained by passing the option –soft-float and performing the high-level synthesis using the bambu softfloat library. 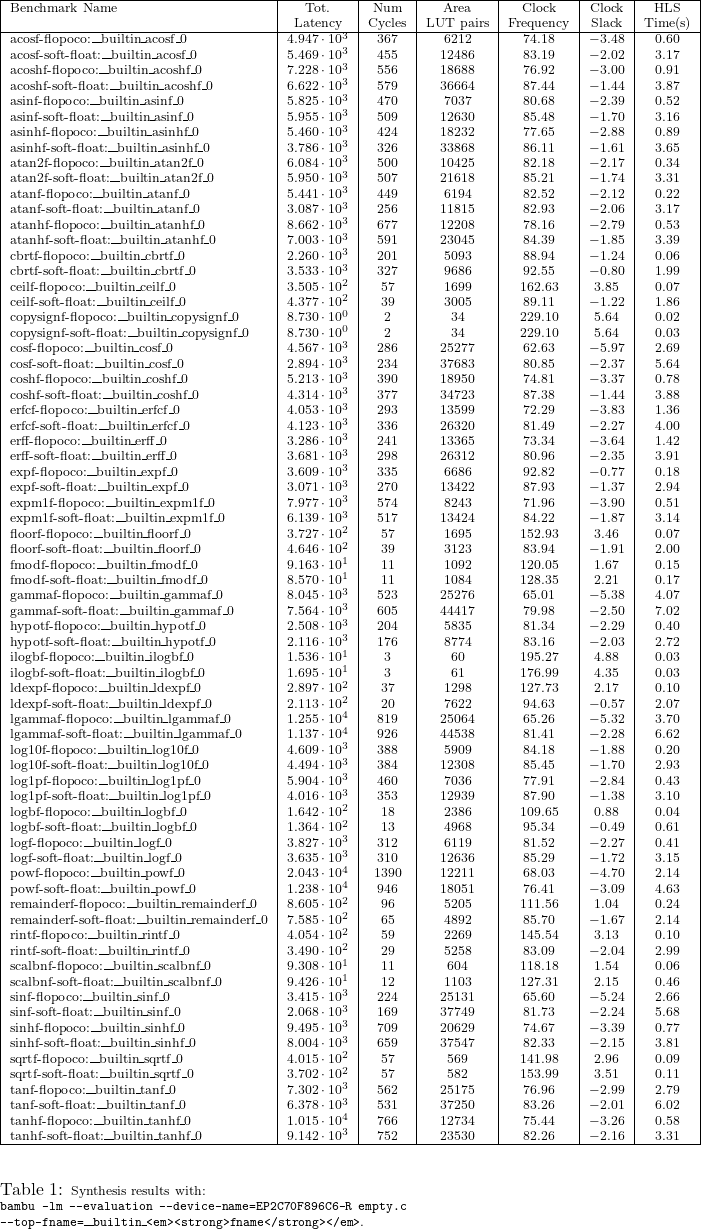 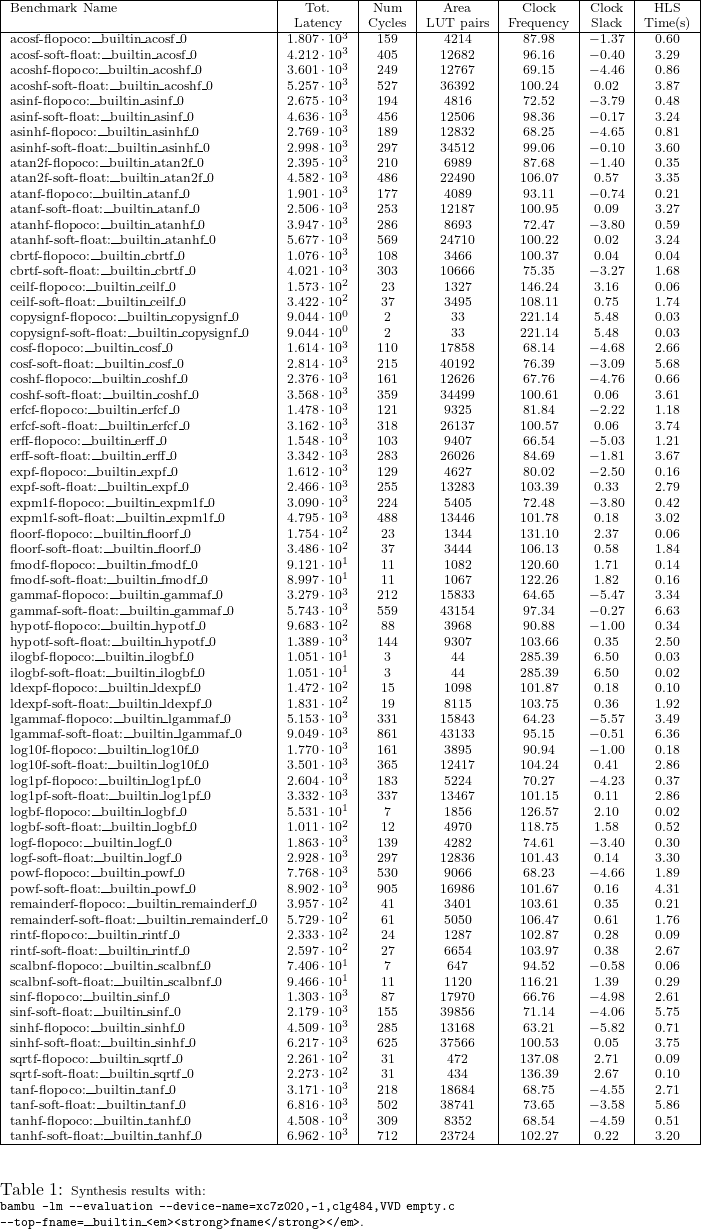 A framework for Hardware-Software Co-Design of Embedded Systems

@panda4design
We use cookies to ensure that we give you the best experience on our website. If you continue to use this site we will assume that you are happy with it.Ok